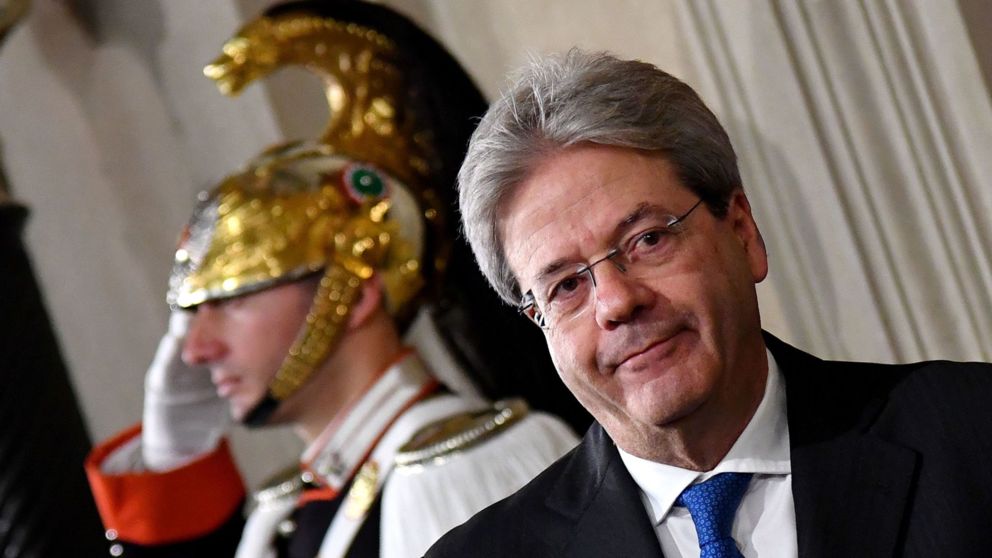 Italy's newly named Prime Minister Paolo Gentiloni arrives for a press conference in Rome on December 11, 2016. Gentiloni was named as Italy's new prime minister following reformist leader Matteo Renzi's resignation in the wake of a crushing referendum defeat. Gentiloni, who had been Renzi's foreign minister, was asked by the president to form a new government that will guide Italy to elections due by February 2018, a presidency spokesman announced. / AFP / Alberto PIZZOLI (Photo credit should read ALBERTO PIZZOLI/AFP/Getty Images)

The 62-year-old former foreign minister has been ordered to form a new government after Mr Renzi quit on Wednesday for losing the referendum on reforms. He is a key member of Mr Renzi’s Democratic Party, and could form a new government within days. The next incumbent will immediately face a crisis in the banking sector, whose third-largest lender Monte dei Paschi di Siena may need state intervention to avoid collapse.

The next moves for Gentiloni, a 62-year-old former journalist and Renzi loyalist, are a familiar process in Italy, which has had 63 governments in the past 70 years.After formally receiving the mandate from Mattarella this morning at 11.30am, he will begin consultations with political forces to form a government.

Renzi's Democratic Party (PD) has a majority in both houses of parliament but the PD itself is severely divided between Renzi backers, such as Gentiloni, and opponents.All major parties have called for elections as soon as possible. But before any vote can take place, Italy needs a new electoral law to replace one that applies only to the lower house and could be declared illegitimate in January by the Constitutional Court.

The legislature is due to carry on until 2018, but early elections could be called at any time after parliament rewrites the electoral law. The Sunday Express today revealed how MPs were trying to delay the Italian election until September to claim a hefty pension, rather than February as previously suggested.