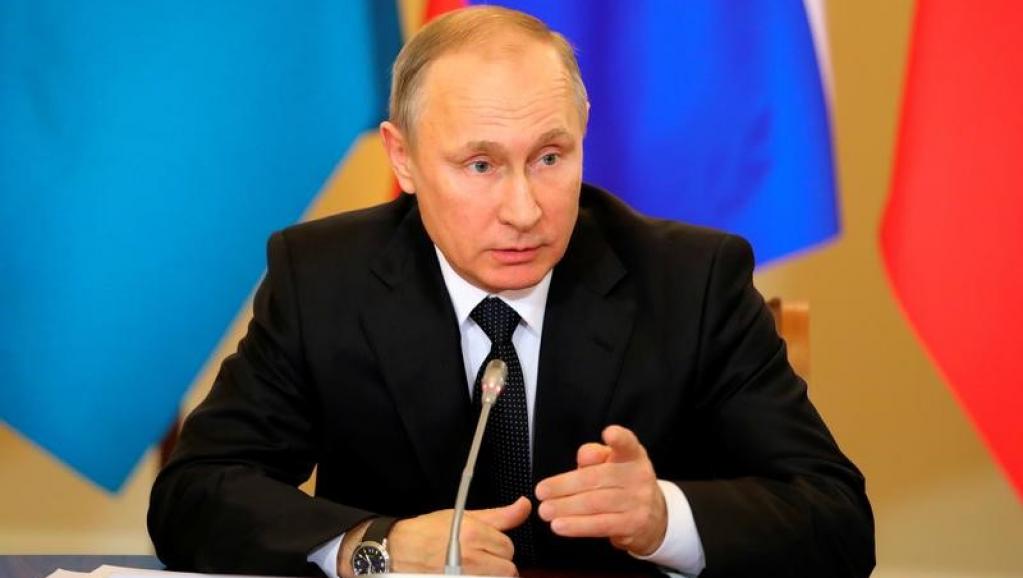 Moscow will not engage in a tit-for-tat response to the US decision to kick out 35 Russian diplomats over allegations of interference in the US presidential election, Vladimir Putin has said, in a surprisingly calm reaction that appears to be designed as an overture to the incoming US president, Donald Trump.

The Russian foreign minister, Sergei Lavrov, said earlier on Friday he was recommending that Putin expel 35 American diplomats, but after a day in which numerous Russian political figures unleashed furious rhetoric in the direction of the US, Putin intervened to announce that the Russian response would be to do nothing, at least for now.Putin said Russia’s ultimate response would depend on US attitudes to Russia under Trump, who has repeatedly spoken positively of the country and Putin. Moscow is accused of intervening in the election process in support of Trump.

“While we reserve the right to respond, we will not drop to this level of irresponsible diplomacy, and we will make further steps to help resurrect Russian-American relations based on the policies that the administration of Trump will pursue,” the Russian president said in a statement on the Kremlin’s website.The statement also wished Obama, Trump and the American people a happy new year and invited “all the children of American diplomats accredited in Russia to the new year and Christmas tree in the Kremlin”.

The US move, announced on Thursday, involved the sanctioning of Russia’s GRU and FSB intelligence services, individuals and companies linked to them, and the expulsion of diplomats the US believes are engaging in espionage. They were given 72 hours to leave the country.Russia plans to send a special government plane to the US to pick up the diplomats, according to state-controlled television. Earlier, a diplomatic source told Interfax many of those affected were struggling to find tickets back to Russia as planes were full because of the holiday season.

Diplomatic expulsions are normally met with reciprocal action. In 2001, the George W Bush administration expelled 51 Russian diplomats it said were spies. Russia responded by telling 50 US diplomats to leave Russia.“Reciprocity is the law in diplomacy and international relations,” Lavrov said before Putin’s intervention, recommending the expulsion of 31 diplomats from the US embassy in Moscow and four from the consulate in St Petersburg.

Lavrov also suggested that Russia would cut off the use of a warehouse building in Moscow and an embassy dacha on the outskirts of the Russian capital, in response to US moves to deny Russia access to two recreational compounds in the US. Putin said this would not happen, at least over the new year period. “We are not going to make problems for American diplomats. We are not going to expel anyone. We are not going to forbid their families and children from using their usual relaxation places during the new year’s holidays,” Putin said.

US intelligence services believe Russia ordered cyber-attacks on the Democratic National Committee, Hillary Clinton’s campaign and other political organisations, in an attempt to influence the election in favour of Trump. Obama said Americans should “be alarmed by Russia’s actions”. More actions would be taken by the US, he added, “some of which will not be publicised”.

Overnight, the foreign ministry spokeswoman Maria Zakharova launched a stinging attack on the outgoing US administration, writing on Facebook: “The people who have spent eight years in the White House are not an administration – they are a group of foreign policy losers, embittered and shortsighted. Today, Obama officially proved this.”

Konstantin Kosachev, the chairman of the international affairs committee in the upper house of the Russian parliament, was quoted by the RIA news agency as saying the US action represented “the death throes of political corpses”. The Twitter feed of the Russian embassy in London, meanwhile, called the Obama administration “hapless” and attached a picture of a duck with the word “lame” emblazoned across it.

Trump will now have to decide how to calibrate his Russia policy when he enters the White House. Previously, he has praised Putin and dismissed reports of Russian interference in the election. On Thursday, he said: “It’s time for our country to move on to bigger and better things.”He added, however, that “in the interest of our country and its great people, I will meet with leaders of the intelligence community next week in order to be updated on the facts of this situation”.

In a conference call with reporters, senior White House officials said the president-elect’s transition team had been informed of the sanctions before they were announced on Thursday. Trump and Obama spoke on Wednesday, they said. The officials added that the actions were a necessary response to “very disturbing Russian threats to US national security”.“There has to be a cost and a consequence for what Russia has done,” a senior administration official said. “It is in a extraordinary step for them to interfere in the democratic process here in the United States of America. There needs to be a price for that.”