[:pb]Patricia Derian, Diplomat Who Made Human Rights a Priority, Dies at 86[:] 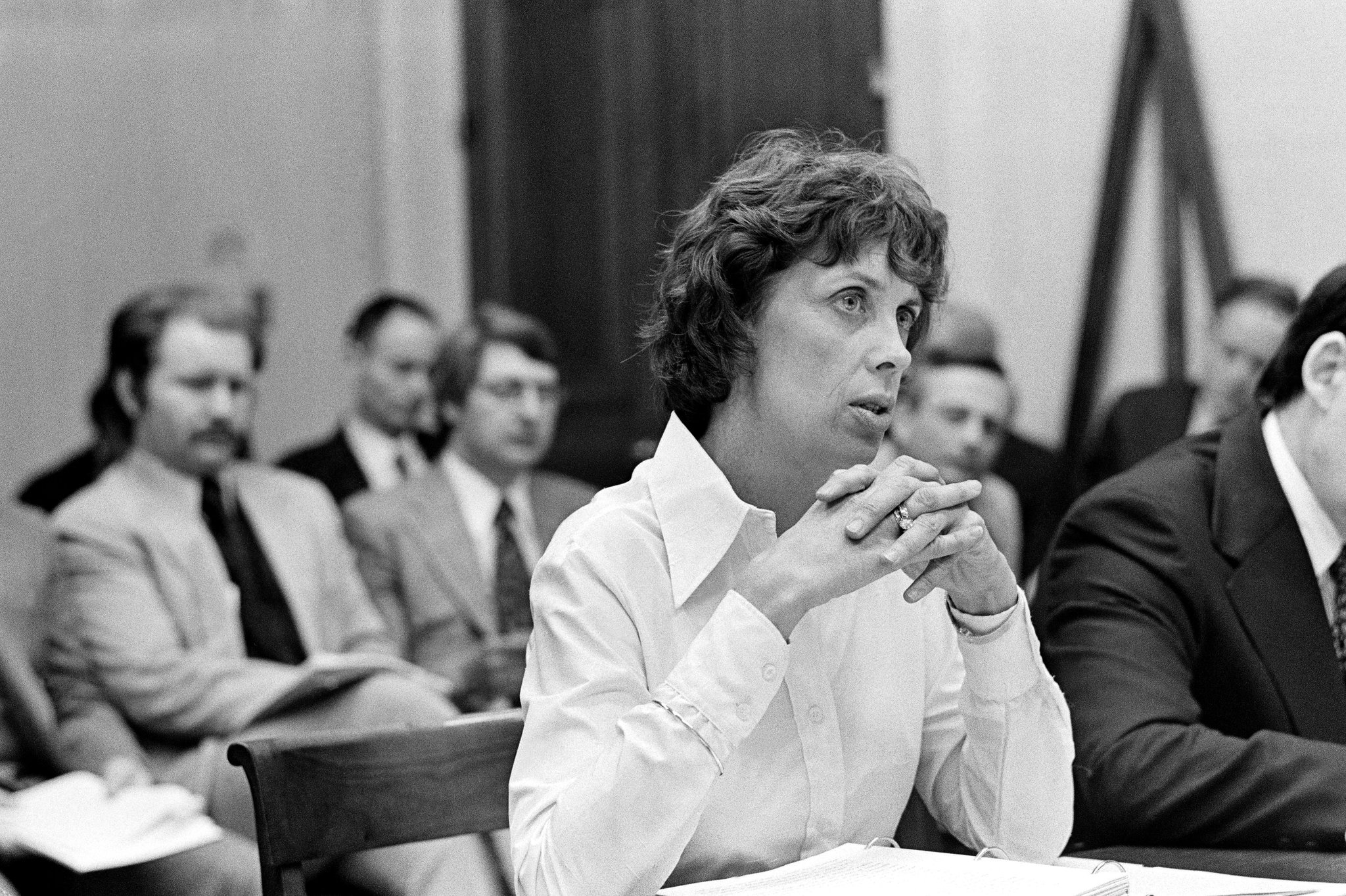 Patricia Derian, a civil rights veteran who tangled with repressive dictators as President Jimmy Carter’s chief advocate on behalf of human rights abroad, died on Friday at her home in Chapel Hill, N.C. She was 86.Her husband, Hodding Carter III, assistant secretary of state for public affairs during the Carter administration, said the cause was Alzheimer’s disease.

Ms. Derian had been deputy director of Mr. Carter’s 1976 presidential race. The president appointed her in 1977 to coordinate what was then a small State Department bureau that had been created by Congress the year before.

With a bare-bones staff, the bureau was supposed to keep Congress informed of human rights abuses by nations receiving aid. But with the support of the secretary of state, Cyrus R. Vance, and to signal how seriously the administration would treat human rights, the job was elevated to the level of assistant secretary of state.

The White House at the time was beginning a campaign to use foreign aid as a lever to persuade countries to respect human rights.Ms. Derian, who had trained as a registered nurse and admitted on her appointment that she knew little about diplomatic protocols, earned a reputation for angering despots as well as career State Department diplomats, many of whom viewed her as well-meaning but unsophisticated.

Nevertheless, by most accounts, thousands of lives may been spared because of her work. One big success came during Argentina’s “Dirty War,” when teachers, lawyers, labor leaders and others were being seized by the country’s ruling junta, held without charges and in some cases executed as part of a so-called antiterrorism campaign. Ms. Derian outraged Argentina’s military leaders when she brushed aside their denials of involvement in the abductions and murders of civilians. In one meeting with the military, in 1977, she whipped out a floor plan of a government building.“You and I both know that as we speak, people are being tortured in the next floors,” she was quoted as saying in documents provided by the National Security Archive.

Jacobo Timerman, an Argentine journalist who was tortured by the junta, said in 1977 that Ms. Derian had saved him from certain execution. In the Philippines, under the authoritarian President Ferdinand Marcos, the condemned dissident Benigno Aquino was allowed to leave the country in 1980 in no small measure because of the publicity Ms. Derian had generated on his behalf. Two years earlier, she pointedly left a dinner being held in her honor by President Marcos to visit Mr. Aquino in his death-row prison cell. She wore her evening gown.

Mr. Marcos and his wife, Imelda, were scandalized. (Mr. Aquino, who lived in the United States for three years after his release from prison, returned to the Philippines in 1983 and was promptly assassinated.) Ms. Derian was unsuccessful in her efforts to free the South Korean dissident Kim Dae-jung, who was imprisoned under the military dictator Chun Doo-hwan during her tenure. In 1997, however, when Mr. Kim became South Korea’s first civilian president in generations, he invited her to his inauguration as a special guest.

She had frank confrontations with a number of heads of state, warning them that American aid would end unless they granted due process to political prisoners and stopped killing political rivals. Some leaders were receiving opposite signals from others in the government, according to later disclosures, and were furious about it.

Her critics said Ms. Derian was calculatingly selective, restricting her human rights efforts to countries with no strategic national security value, most of them in South America. She herself expressed frustration with the limits on her agency’s reach in Eastern Europe, pre-revolution Iran, the killing fields of Cambodia and the Middle East.

Ms. Derian’s battles with high-ranking State Department colleagues were widely publicized. She threatened to quit so often, she kept cardboard moving boxes lined up along a wall in her office. Toward the end of her tenure — she left the administration in January 1981, after Mr. Carter had been denied a second term — she described her conflicts with her colleagues.“You got the argument that, ‘These were cultural standards,’ ” she said referring to human rights abuses. “That you can’t expect other countries to accept our values. All those mindless arguments.”

Charlie Clements, who worked with Ms. Derian in Central America and is a lecturer at the Carr Center for Human Rights Policy at Harvard, said in an interview in 2012 for this obituary that President Carter had undoubtedly known that his appointing Ms. Derian, who was known as Patt, would cause tension in the State Department. But Mr. Carter, he said, “wasn’t looking so much for diplomacy as moral fiber.”

“Patt,” he said, “had moral fiber in excess.”  Patricia Sue Miriam Murphy was born in Manhattan on Aug. 12, 1929, and raised in Danville, Va., by her parents, Robert Thomas Jeremiah Murphy and the former Ruby Hardiman. A twin sister died shortly after birth.

After graduating from the nursing school at the University of Virginia in the early 1950s, Patricia Murphy married Dr. Paul Derian, a prominent surgeon who was known as Mike, and moved with him in 1959 to Jackson, Miss. By the mid-1960s she was the mother of three when she started volunteering at a local Head Start program serving black children. Though ostracized by her neighbors, Ms. Derian, who was white, became progressively more involved in local civil rights efforts.

By the late 1960s she had become involved in state politics by helping to organize the Loyalist Democrats, a faction that challenged the state party’s all-white official delegation. She was elected as a Mississippi delegate to the 1968 Democratic National Convention in Chicago. In the 1970s she was president of the Southern Regional Council, which champions racial equality and voting rights, and a member of the executive committee of the American Civil Liberties Union.

She and Dr. Derian divorced in 1976. She married Hodding Carter III in 1978, when he was the State Department spokesman. She had known him since the 1960s in Mississippi, where he, a member of prominent newspaper family, was publisher of The Delta Democrat Times for a time and was co-chairman of the Loyalist Democrats in 1968.Besides her husband, Ms. Derian is also survived by two sons, Michael and Craig, and a daughter, Brooke Derian, from her first marriage; three stepdaughters, Catherine Sullivan, Finn Carter and Margaret Joseph; a stepson, Hodding Carter IV; a sister, Michael Perkins; two grandchildren; and 10 step-grandchildren.

In a statement issued by the Carter Center in Atlanta, Mr. Carter called Ms. Derian “a champion of oppressed people around the world.” “Because of her determination and effective advocacy,” he said, “countless human rights and democracy activists survived that period, going on to plant the seeds of freedom in Latin America, Asia, and beyond.” Roberta Cohen, a Brookings Institution fellow who worked with Ms. Derian in the Carter years, said Ms. Derian had a single-minded sense of purpose. “She did not have any other objective than human rights,” Ms. Cohen said. “She had no client states. She was not interested in advancing her career. She was just doing everything she possibly could in the time she had.”