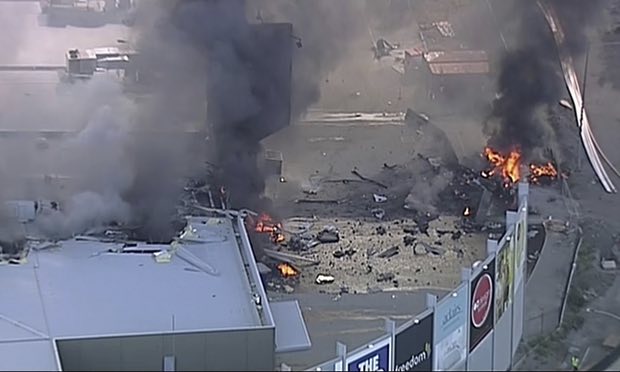 A plane that crashed into a shopping centre near Essendon airport in Melbourne, killing five people, had a “catastrophic engine failure” shortly after takeoff, police have said.The twin-engine aircraft, with five people on board, left the airport about 9am on Tuesday on its way to King Island.

“The pilot unfortunately attempted to return to Essendon but has crashed into the DFO at Essendon Fields,” a police assistant commissioner, Stephen Leane, told reporters.Leane said there had been “a number of fatalities” but none of the staff at the shopping centre – which was not yet open to the public – were believed to have been killed.