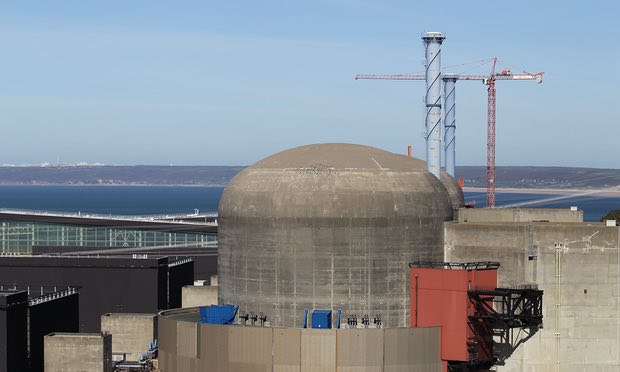 An explosion has occurred at EDF’s Flamanville nuclear plant in northern France, causing minor injuries but no risk of contamination, authorities have said. The blast took place in the engine room at the Flamanville plant, which lies 15 miles west of the port of Cherbourg and just across from the Channel Islands.“It is a significant technical event but it is not a nuclear accident,” Olivier Marmion, a senior local official, told AFP.

He said a ventilator had exploded outside the nuclear zone at the plant, which has been in operation since the 1980s. Five people suffered smoke inhalation but there were no serious injuries. One of the two pressurised water reactors at the plant was shut down after the explosion and the incident was declared over at 11am GMT, the authorities said.

A new third-generation reactor known as EPR is being built at Flamanville, which will be the world’s largest when it goes into operation in late 2018.Construction of the new plant at the site in Normandy began in 2007 and was initially due for completion in 2012 but has been delayed several times.

Jacques Witkowski, another local official, told Reuters that authorities had ruled out any deliberate act of sabotage. A mechanical part of a ventilator in the machine room — that wasn’t in contact with the nuclear installations — had probably overheated, he said. The reason was not yet known.