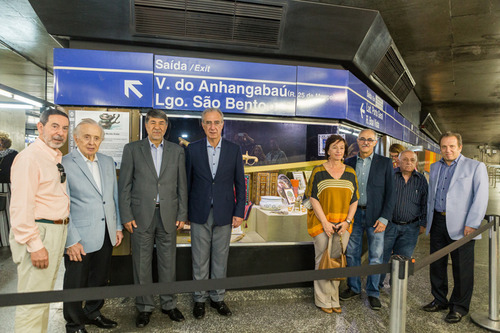 Authorities and the leadership of the Arab Chamber in the event

The exhibition organized by the Arab Chamber opened this Saturday at São Bento subway station in São Paulo. The state secretary of Culture attended the event and underscored the sophistication of the region’s handcrafts.

São Paulo – An exhibition of Arab arts and crafts opened this Saturday (25) at São Bento subway station in São Paulo to celebrate Arab Community Day (March 25). The leadership of the Arab Brazilian Chamber of Commerce, authorities and representatives of the Arab community attended the exhibition’s opening, with the works already attracting the eyes of the public passing through the event’s area.

The Arab Chamber, in a partnership with the São Paulo subway, organized the exhibition. “It shows another side of Arabs to the population, it’s very gratifying to see the people stopping to look at the works, to sense this curiosity, this interest for Arabs”, said the president of the Arab Chamber, Rubens Hannun, pointing out also that the exhibition is merging with the crowd and being held at the closest subway station to March 25th Street.

annun opened the exhibition alongside the São Paulo state Culture secretary, José Roberto Sadek, the president of the Management Council of the Arab Chamber, Walid Yazigi, and the head of the Corporate Marketing Department of the São Paulo Subway Company, Fernanda Noer.

“I’m pleased because the people step off the trains and come straight to here to see,” said the exhibition’s curator, Silvia Antibas, who also is the Culture director of the Arab Chamber. To attract great numbers of viewers was the goal, according to her. The CEO of the Arab Chamber, Michel Alaby, also pointed out that this is an exhibition of Arab crafts to the Brazilian people.

The exhibition is a portrait of the Arab world’s cultural richness. At the subway station, in a glass-protected case, the crowd is presented to pieces such as a small olive tree made of iron with small black balls representing olives from Tunisia. The beauty of the craft works made in silver jumps out in a teapot and in a tube to hold documents from Oman.

Another piece that stands out due to its details is a wooden bowl from Sudan. The object, which looks like a large bowl, presents inside giraffe drawings. Circling the piece there are wooden pieces of animals such as a zebra and a lion. Also from Sudan, it is in exhibition a black and silver cane made of wood.

From Lebanon, there’s a tea set, with a teapot accompanied by small cups made of ceramic and glass. From Kuwait, there are a small wood ship and a wood and metal chest. From Jordan came a painting in which mosaics give shape to a tree.

Also included in the exhibition is an iron and copper teapot from Mauritania, a ceramics vase from Morocco, an illustrated copper plate from Libya, a ceramics pot from Jordan, daggers from Yemen, a ceramics and wood frame from the UAE, a metal plate from Egypt, a plaster and wood piece from Qatar, a set of necklace and earrings from Algeria, tapestry and wood pieces from Saudi Arabia, among others.

The dean of the Council of Arab Ambassadors in Brazil, Ibrahim Alzeben, who is also the ambassador of Palestine, attended the opening of the exhibition and congratulated the Arab Chamber for the initiative and for holding the event in a place with a large crowd. “Everyone passing through will have an idea of our culture,” he said to ANBA. The pieces on display are part of the collection of the Arab Chamber, gathered in 65 years of activities as gifts from the Arab countries.

he São Paulo state Culture secretary highlighted the artistic diversity of the event. “This type of exhibition is very important since it reveals the variety of the crafts from the Arab countries. They are ‘Arabs’, but each one has its own distinct feature,” said Sadek. He also mentioned the quality of the region’s crafts. “Here we can attest how sophisticated and well-designed these crafts are,” he said. The exhibition also reveals, according to him, the proximity between the Arab and Brazilian cultures.

The exhibition is part of the program Culture Line of the São Paulo Metro. The head of the Corporate Marketing Department of the São Paulo Subway Company says that the exhibition tells part of the history of March 25th Street, to which the São Bento subway station gives access to. The street is a symbol of the Arab community and received the first shops of the immigrants when they arrived in Brazil in the 19th century. According to Noer, near 70,000 people go through the platform that is hosting the exhibition.

Other personalities also attended the opening, such as the architect and urbanist Ruy Ohtake and the vice-president of International Relations of the Arab Chamber, Osmar Chohfi, among others.

Exhibition “Arts and Crafts in the Arab World” 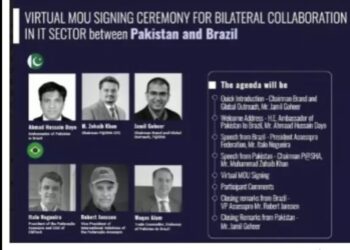 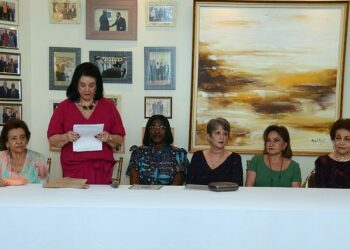 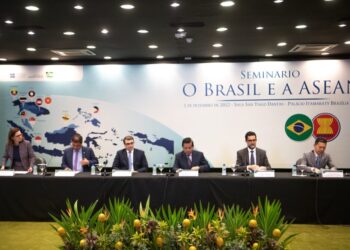