British ambassador to the EU resigns 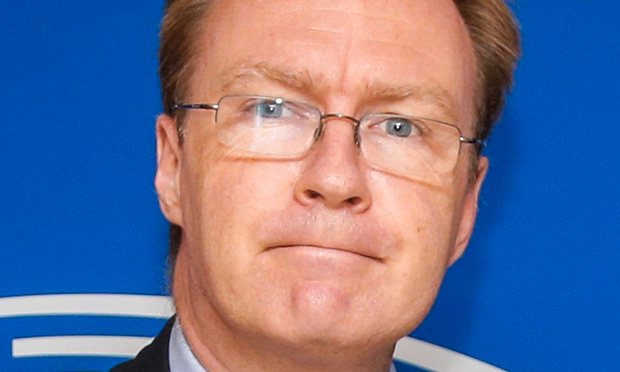 Sir Ivan Rogers is regarded as one of the UK’s most experienced EU diplomats. Photograph: Thierry Roge/European Union handout/EPA

The British ambassador, Sir Ivan Rogers, surprised on these tuesday(03/01) and announced that he is resigning from the post.

Sir Ivan Rogers is latest in string of experts on European Union to be frozen out of government, says former top civil servant. The sudden resignation of Britain’s ambassador to the EU has prompted angry accusations from remain supporters that officials who express caution about the Brexit process risk being pressured out of their jobs. Sir Ivan Rogers’ resignation so close to the start of Brexit negotiations at the end of March amounted to a “wilful and total destruction of EU expertise”, according to the former top civil servant at the Treasury.

In an unusually candid intervention, Lord MacPherson, who was permanent secretary from 2005 until last year, said Rogers’ decision was a huge loss and that he was the latest in a string of EU experts to be frozen out, describing the decision as “amateurish”. MacPherson also cited Rogers’ predecessor Jon Cunliffe and Tom Scholar, previously the prime minister’s adviser on European issues who is now permanent secretary at the Treasury. His warning appears to reflect a Treasury concern that Theresa May is under pressure from Tory Eurosceptics to abandon hopes of trying to negotiate access to the profitable EU single market, even on a temporary basis.

There have been disputes across Whitehall about whether the UK can afford a so-called hard Brexit.  The Foreign Office played down the implications of the resignation, saying Rogers had been due to leave in November and that he had merely “resigned a few months early”. “Sir Ivan has taken this decision now to enable a successor to be appointed before the UK invokes article 50 by the end of March,” a spokeswoman said.

But Rogers has known since October that he was due to leave his Brussels post before the talks are due to end in 2019, raising questions about why he was given a vital role in preparing for the negotiations in the first place. Rogers angered Eurosceptics in December when it emerged he had told ministers it could take 10 years to negotiate a free-trade deal with the EU. Downing Street insisted at the time that the ambassador had been communicating the views of some European leaders, rather than giving his own assessment.

A Whitehall source said the early departure had been discussed before Rogers told his staff on Tuesday. However, Nick Clegg, who worked with Rogers in Brussels, said it appeared to be the latest in a series of attacks on public officials who had expressed caution about Brexit. “First it was the judges, condemned as enemies of the people for just doing their jobs,” the former deputy prime minister told the Guardian. “It’s been the CBI and any business that didn’t sign up to the Brexit zeal, and now it’s senior officials being kneecapped in the Brexit press, after Sir Ivan Rogers just gave candid advice about the length of time negotiations might take. They are in the firing line if they do not endorse a zealous world view. This is a very worrying trend, and very new in British politics.”

Insisting civil service neutrality is a precious British asset, Clegg said the government should value candid advice. “It will come back to haunt the Brexit headbangers, because you can insist as much and hysterically as you like that the world is flat, but there are only so many people you can condemn for just pointing out the truth, that the world is round and that Brexit is complicated, might take time and might not be fully to Britain’s advantage,” he said.