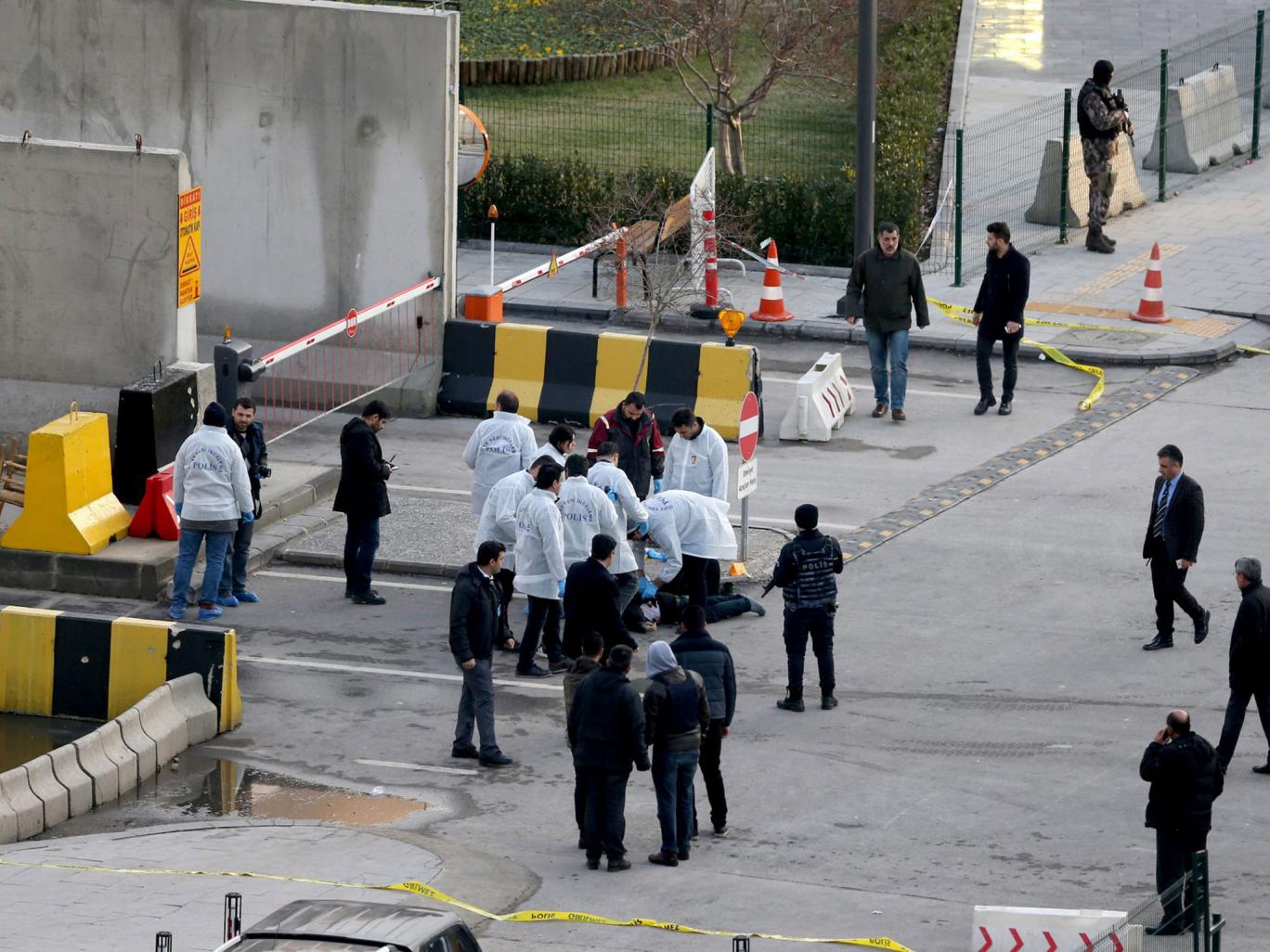 An attacker has been killed after what officials believe was an attempted suicide bombing at a police headquarters in the Turkish city of Gaziantep. The man attempted to enter the building on Tuesday before being shot dead in a gun battle with officers, with his body left lying on the ground. Numan Kurtulmus, Turkey's Deputy Prime Minister, said a police operation was underway to locate a second attacker who remained on the run.

One police officer was wounded in the clash and taken to hospital for treatment, the Gaziantep governor's office said.  Footage showed office workers running for cover as dozens of armed police took positions to protect the security headquarters. Disposal teams were being deployed to search for any explosive devices. There was no immediate claim of responsibility.

Gaziantep police station was previously targeted in May, when two police officers were killed and 22 people wounded in a car bombing linked to Isis. The city, near the Syrian border, was also the site of a terror attack blamed on Isis in August, where a suicide bomber killed more than 50 people at a Kurdish wedding.

Tuesday's attack follows a wave of attacks targeting civilians carried out by Isis and Kurdish extremist groups across Turkey. The country is still reeling from a mass shooting in the early hours of New Year's Day, where an Isis supporter massacred 39 people celebrating inside a famous Istanbul night club. Four days later, attackers who officials suspect were Kurdish militants clashed with police and detonated a car bomb in Izmir, killing a police officer and a court employee.

President Recep Tayyip Erdogan's government is backing Syrian opposition fighters to push back both Isis and Kurdish militias in northern Syria, as well as fighting a long-running insurgency by Kurdish groups in southern and eastern Turkey