Arab League ambassador wants more out of ties with Brazil

The Jordanian Qais Marouf Kheiro Shqair has been head of the League’s office in Brasília for four months. He’s planning actions designed to bring Brazil’s relations with the Middle East and North Africa to a new level.

The recently appointed Arab League ambassador to Brazil, Qais Marouf Kheiro Shqair (pictured above), is keen on bringing Brazil’s relations with Arab countries to a new level. The plans of this Jordanian diplomat, who’s been in office for four months now, include a high-level celebration of the League’s 74th anniversary, a major Brazil-Arab countries forum, and the expansion of bilateral investments and partnerships. Shqair says he will work in tandem with the Arab Brazilian Chamber of Commerce.

The diplomat visited the Chamber’s offices this Thursday (28), where he was welcomed by International Relations vice president Osmar Chohfi and CEO Tamer Mansour. In an interview with ANBA, he went over his plans for the Arab League in Brazil. The idea of a forum has been discussed with the Arab Chamber, the Brazilian Ministry of Foreign Affairs, and the Council of Arab Ambassadors in Brazil, and the Arab League headquarters have been made aware. A document on the matter will be submitted to the Brazilian Foreign Ministry.

The ambassador intends for the event to not be restricted to addresses or trade alone. The plan is to have it take place every two years, alternating between Brazil and an Arab country. THe forum’s expected to enable actual projects, including investment from Brazil in Arab seaports and free zones, and the establishment of Brazilian companies in the region to manufacture and sell. “It should open up new and broader vistas in Arab-Brazilian relations,” the diplomat asserted.

According to Shqair, the forum has been discussed by Union of Arab Chambers secretary general Khaled Hanafi during meetings in Brasília last January with vice president (then acting president) Hamilton Mourão and Agriculture, Livestock and Supply minister Tereza Cristina. Also attending the meetings were Arab Chamber president Rubens Hannun and VP Osmar Chohfi.

Shqair claims that Brazilian-Arab relations are restricted to trade, beef and poultry being some of the best-selling Brazilian products in Arab countries. The diplomat believes there’s room for more, and that geographic distance must be overcome by having Brazilian companies manufacture goods in the Arab Mediterranean countries and then ship to local markets.

Besides fostering relations through instances like the forum, the ambassador expects to celebrate the Arab League’s 74th anniversary with an event in Brasília next May. There are plans to have a roundtable panel organized by the Arab League office in Brazil, the Council of Arab Ambassadors in Brazil, and the Arab Brazilian Chamber, featuring authorities and business executives from Brazil and the Arab countries.

The Arab League’s official establishment date is May 22, and also marking its 74th anniversary is the exhibit Taswir, contemporary Arab photography, opening this Thursday (28) at São Paulo’s Instituto Tomie Ohtake, where it will remain open until April 28. It features photographs by young Arab photographers, in a reissue of past shows by the Arab World Institute (AWI), which is holding the exhibit alongside the Arab Chamber.

During his meeting with Arab Chamber C-level executives, Shqair discussed the organization’s relations with the League. According to him, a joint work plan will be put in place. “We will work as one team in order to host this economic forum and to achieve success in our strategic Arab-Brazilian partnership,” the ambassador said.

Shqair has served stints as a diplomat for Jordan in countries including Greece, Turkey, Italy, Oman and Egypt. He’s also a former ambassador at the Brazilian Foreign Ministry’s Middle East and Arab Affairs Department. The Arab League, which he currently represents, is intended to represent the Arab countries. According to Shqair, it was created as a result of citizens’ wishes to have an organization unite all countries in the wake of their independence processes. The diplomat points out that the region speaks one since language, and that most of its population are followers of Islam, although Christian presence is also relevant. “And Muslim and Christian Arabs are also united in one single culture,” he said.

Shqair explains that despite the region’s complex economic and political reality, the Arab League keeps working to bring Arab countries together and eliminate existing issues as much as possible. He says the organization comprises several departments, from transportation to foreign relations. It also holds a summit of Arab countries towards policy alignment and an economic forum. “It works day and night to achieve its objectives in culture, economics and politics,” he said.

Discussion - The diplomat claims Brazilian-Arab relations are long-standing and firmly in place, although they are under “discussion” right now due to the possibility of a relocation of Brazil’s Embassy in Israel from Tel Aviv to Jerusalem, an intention expressed by president Jair Bolsonaro during his election campaign. As of his appointment to the position in Brasília, the diplomat knew he would step in at a difficult time. “But I said to myself: this is an opportunity to get to work,” he recounted.

According to Shqair, the fact that Arab countries oppose the moving of the Embassy, that doesn’t mean Arabs are against Brazil’s sustaining excellent relations with Israel. “It is quite the opposite: that might even help. Brazil is held in high regard in Arab countries, and by building rapport with Israel, it could play a key role in the peace process,” he says. Shqair calls the fondness Arab have for Brazil the “Pelé Culture.” He explains that the star player’s performance is still fresh in Arab minds, and that Arabs are also aware of where Brazil stands regarding the Arab causes. “This cannot go to waste,” he says. 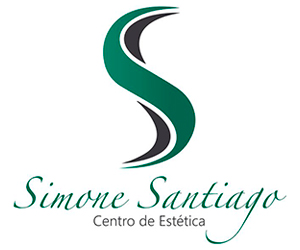 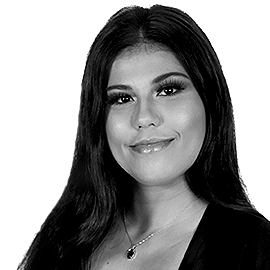