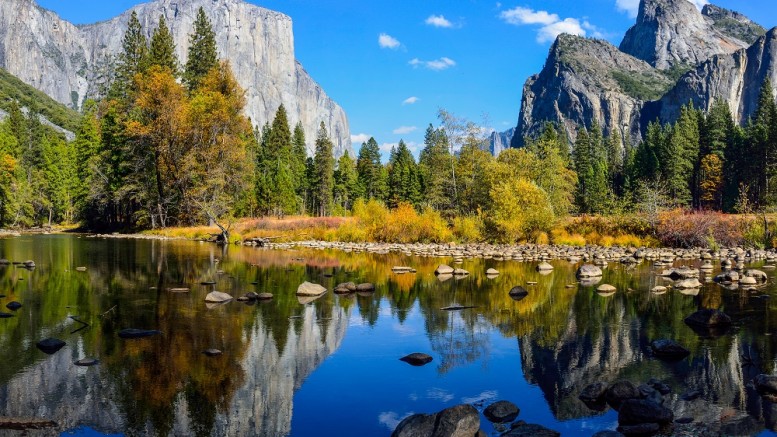 As the National Parks Service turns 100 this week, we look at how receding ice, extreme heat and acidifying oceans are transforming America’s landscapes, and guardians of national parks face the herculean task of stopping it

The geysers of Yellowstone Park/Montana, USA

After a century of shooing away hunters, tending to trails and helping visitors enjoy the wonder of the natural world, the guardians of America’s most treasured places have been handed an almost unimaginable new job – slowing the all-out assault climate change is waging against national parks across the nation. As the National Parks Service (NPS) has charted the loss of glaciers, sea level rise and increase in wildfires spurred by rising temperatures in recent years, the scale of the threat to US heritage across the 412 national parks and monuments has become starkly apparent.

As the National Parks Service turns 100 this week, their efforts to chart and stem the threat to the country’s history faces a daunting task. America’s grand symbols and painstakingly preserved archaeological sites are at risk of being winnowed away by the crashing waves, wildfires and erosion triggered by warming temperatures.

The Statue of Liberty is at “high exposure” risk from increasingly punishing storms. A national monument dedicated to abolitionist Harriet Tubman, who will be enshrined on a new $20 note, could be eaten away by rising tides in Maryland. The land once walked by Pocahontas and Captain John Smith in Jamestown, the first English settlement in the US, is surrounded by waters rising at twice the global average and may be beyond rescue.

These threats are the latest in a pile of identified calamities to befall national parks and monuments due to climate change. Receding ice, extreme heat and acidifying oceans are morphing America’s landscapes and coasts at a faster pace than at any time in human history.

“Yosemite’s famous glacier, once a mile wide, is almost gone,” fretted Barack Obama during a visit to the vast park in June.

“Rising seas can destroy vital ecosystems in the Everglades and at some point could even threaten icons like the Statue of Liberty and Ellis Island. That’s not the America I want to pass on to the next generation.”

Change, however, is inevitable no matter how quickly greenhouse gas emissions are cut. An NPS study from 2014 found four in five of America’s national parks are now at the “extreme end” of temperature variables charted since 1901. “We are starting to see things spiral away now,” said Gregor Schuurman, an ecologist at the NPS climate change response program. “We are going to look back at this time and actually think it was a calm period. And then people will start asking questions about what we were doing about the situation.”

There is now a broad new push to work out exactly what heritage is at risk and how to best to react. If there is a front line, it’s probably found in Alaska. The state has 24 national parks, including Denali, the largest protected park in the US at 6m acres. It is also part of the Arctic, the fastest warming region on Earth. Permafrost, which currently sits underneath 80% of Alaska, is beginning to melt, causing sinkholes and landslides. The north-west coast is being chewed away by almost 150ft a year in places due to sea level rise aided by wind erosion from more intense storms. Wildfires are increasing, with a lack of snow cover allowing the flames to lick areas that haven’t burned in almost 5,000 years.

The remote Cape Krusenstern national monument, on the northwestern coast of Alaska, is being claimed by sea and wind. Photograph: Danita Delimont/Getty Images/Gallo Images

These trends imperil treasures such as those found in Cape Krusenstern national monument on the north-west coast. It has extensive evidence of human habitation stretching back 9,000 years. The NPS is scrambling to survey the area as inundations are wiping away this heritage, often before archaeologists can document it.Dael Devenport, an NPS archaeologist based in Anchorage, takes regular helicopter trips to survey the 70-mile coast of the park. There are groups of abandoned houses claimed by the sea and wind, containing items such as lamps, stone tools and ulus – a type of half moon-shaped knife used to skin seals and caribou. The Inupiat people who live in the region have retreated from this part of the coast

“A lot of these sites haven’t been surveyed properly, we are trying to figure out which are most vulnerable and mitigate against that,” Devenport said. “You can see houses that are washing away, if you walk along the coast you see the profile of houses.

“Most people haven’t thought about how climate change affects archeological sites. A site is a snapshot in time, it’s not like we can pick it up and move it somewhere else. We are in danger of losing a great deal.” The problem is exacerbated by rampant looting of artifacts. A recent survey found almost all of a former settlement of the Thule culture, ancestors of today’s Inuit, had been disturbed and stripped of items such as harpoon tips and figurines carved from walrus ivory. As permafrost melts and walls are washed away, more treasures are revealed to opportunists.

“It’s a big problem,” Devenport acknowledged. “It’s probably done by people from local communities who know where the sites are. They can sell items onto dealers, who can get about $50,000 for a figurine from a buyer in Japan.

“When that artifact has been pulled out from the ground and not documented, we lose all of that information. You’ve lost the whole story behind that item and how it was used.”

‘The longer we wait, the more we lose’

Further south, in the lower 48 states, a different heritage is at risk. Changing rainfall patterns are affecting a number of parks in the south-west. Extreme rain events caused two major wall collapses in historic structures at Tumacácori national historical park in southern Arizona. The structures, built by Spanish missionaries more than 300 years ago, are made from adobe, a type of sun-dried clay. The NPS already devotes 2,500 hours a year to maintain these buildings. However climate change is placing a further strain on this heritage.

“For the more vulnerable sites, particularly adobe structures which seem to be the canaries in the coal mine in the south-western US, losses are already rapidly occurring,” said the NPS’ Lauren Meyer, who is heading new research into the issue. Meyer said there is a “great urgency” to intervene and save cultural sites at risk from a rapidly warming planet. “The longer we wait to act, the more history we lose,” she said.

Conservationists complain about a lack of funding to identify and preserve at-risk sites, but even if these locations could all be propped up and artifacts protected, the changes to the wider ecosystems march on. Climate change is set to alter American forests as much as the arrival of white settlers .Temperature increases vary slightly according to park (the Grand Canyon has warmed on average by 2.4F since 1916, while the Everglades has heated up by 1.5F) – but the trend is inexorably upwards.

This warming is influencing a complex web of processes in national parks. As John Muir, considered the father of US national parks, put it: “Tug on anything at all and you’ll find it connected to everything else in the universe.” Climate change is set to alter American forests as much as the arrival of white settlers did. The fire season is expanding dramatically. Some species are suffering, such as the native birds of Hawaii targeted by invasive mosquitos, which are able to survive in higher elevations as the forest habitat warms.

The remaining 65 groves of huge sequoia trees in California, among the largest living things on the planet, could be decimated by a warmer, drier climate. High-elevation species, such as red spruce and balsam fir, could be pushed off the mountains. The tree that gives Joshua Tree national park its name may not be able to adapt.

The grizzly bears of Yellowstone Park

Such changes cascade through the food chain. The grizzly bears of Yellowstone like to feast on the cone seeds of the white bark pine, a species under attack from the mountain pine beetle. If warmer winters fail to kill off the beetle, the bears will have to find another food source, impacting other species. A lack of snow for denning will affect bears and wolves; warming river waters will force out the salmon.

“It’s hard to predict exactly what will happen but some systems have been pushed over the threshold, certainly,” said Schuurman.

“We need to recognize that climate change is ongoing and we can only expect the impacts will get stronger time goes on. I tell park managers that whether they are thinking about climate change every day or not, it is likely to find you and tap you on the shoulder. We should take heed of it.”

A pressing question for the NPS is how these changes will go down with the public. Last year was a record, with 305 million visitors to national parks. But Sally Jewell, secretary of the interior, recently warned that a lack of funding to deal with the “existential” threat of climate change, along with unchecked development, will lead to ruin.

The number of glaciers in Glacier national park, Montana, has halved since 1968 due to rising temperatures. All are on course to disappear by the middle of the century. Photograph: The Washington Post/Getty Images

Jewell said that current trends mean that the next century will mean “national parks and wildlife refuges will be like postage stamps of nature on a map. Isolated islands of conservation with run-down facilities that crowds of Americans visit like zoos to catch a glimpse of our nation’s remaining wildlife and undeveloped patches of land.”

Some national parks are already looking at how to respond to this potentially diminished future. Parks in the south, for example, may offer nighttime activities such as star gazing or bat-spotting.

Visitation could actually jump by nearly 25% in 2060 as it warms, according to one forecast.The summer months may become too hot for visitors to parks in the southwest.

Either way, it will be hard to hide that a trip to the Rocky Mountains in Montana to see Glacier national park won’t involve seeing any actual glaciers.

Yes, that will be a visible and dramatic change,” said Schuurman. “Without being blasé in any way, people are adaptable and Glacier national park without its glaciers will still be a stunningly beautiful place. That said, I think anyone would look back and be sad about the loss.”

The effects of climate change

Temperatures across US national parks have risen by about 2.4F in the past century.

The number of glaciers at Glacier national park has halved since 1968. All of the park’s glaciers are on course to completely disappear by the middle of the century.

Approximately 40 protected sites are at risk from a 1m sea level rise, with an NPS analysis calling it “one of the most obvious and most challenging impacts” of global warming. The Everglades could become inundated with salt water, with the ecosystem overwhelmed by invasive species drawn to its changed environment. More powerful storms could endanger the Statue of Liberty, which closed for nine months after Hurricane Sandy in 2012.

A wildfire burns in Yosemite national park. Almost 2,600 acres have burned and trails in the area have been closed. Photograph: Tiffany Rose/Getty Images

The wildfire season in the west is far lengthier than it was in the 1970s. The risk is compounded by shrinking snow abundance – in Yellowstone there is an average of 30 fewer days with snow on the ground compared to the 1960s. 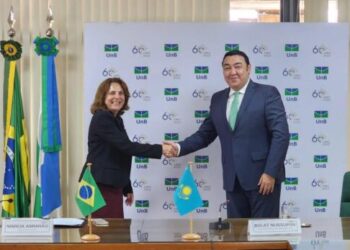 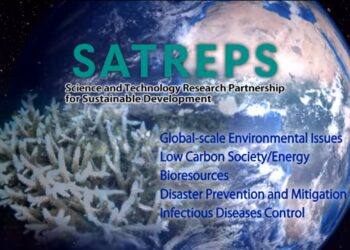